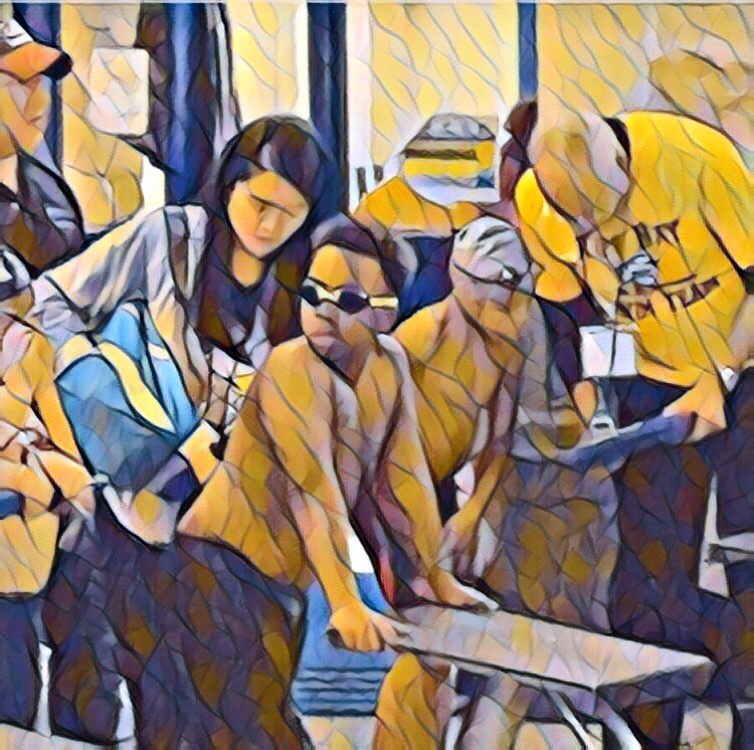 My son name is Vince S., He has been competing in the Metro swim League a little over a year now. The Metro Swim League is a Swim Meet tournament all New York City after-school Clubhouses’ Swim teams participate in. The Swim Meets are once, twice or even three times a month. Vince has been a member of the Boys Club of New York clubhouse since 2011.

Fall of 2015, Vince was given a great opportunity to join the Gerry Clubhouse Tiburones swimming team. As a beginner, Vince was not comfortable swimming in deep water, He was not as confident because he was not as fast as the other kids. Vince started to reconsider his decision, not sure if joining the team was a good idea. Over time, As Vince started to learn the techniques of becoming a great swimmer. He became determined and dedicated to beat his own time speed RECORD, Making that a goal at each meet.

Meet after meet, Vince would do an amazing job, Improving his skills every chance he got, from being determined and dedicated to his craft, He started to pick up his time.

Last year, Vince came in second to Last or Last place in 50free, 50fly and 100IM, But NOT THIS YEAR!!! At each meet, Vince started to slowly beat his time speed RECORD. March 4th, 2017 was the Metro Swim league championship, Vince came in 1st place back to back and 2nd place, Beating his original 50free, 50fly and 100IM speed time. He received two ribbons for being in the Top 10, coming in at 9th and 10th place, beating his original Speed Time RECORD in total.

Vince dreams of one day becoming a professional swimmer, In hopes of joining the Olympics and beating Michael Phelps RECORD.
Here’s a Recap of The Metro Swim League Championship click link below

What Deep Ventilation is about